From past to present

through innovation and expertise

Our successful story of expertise in vegetable oils and fats started more than 140 years ago. In 1871, Aarhus Palmekærnefabrik was established to process palm kernels. Farmers used the remaining cakes as animal feed, while the extracted palm oil became important to a wide range of industries.

Aarhus Palmekærnefabrik was restructured and named Aarhus Oliefabrik in 1892. The focus became production of vegetable oils, primarily for margarine. Already in the 1900s, Aarhus Oliefabrik expanded globally through the acquisition of companies abroad. The success was huge—in 1940, Aarhus Oliefabrik accounted for 10 percent of Denmark’s exports.

Another reason behind the success was the focus on speciality fats for chocolates. Aarhus Oliefabrik became a pioneer in the fractionation of palm kernels. This innovative work also formed the basis for the fractionation of shea kernels, the process when shea butter is extracted. Shea butter is an important ingredient in solutions for chocolate, cosmetics, skin care, and much more.

In the 1960s, growth and modern production capabilities helped Aarhus Oliefabrik to become a market leader within speciality fats. Børge Beck-Nielsen acquired the majority of the shares in Aarhus Oliefabrik in 1978, and during the 1980s new production plants were built. All operations were gathered under the collective name Aarhus United in 2003.

In Karlshamn, Sweden, the company Karlshamns was established in 1918. Karlshamns produced soybean meal for animal feed, while the soy oil was used in other areas, in other products. Using by-products for new purposes and in groundbreaking ways are the main similarities between Aarhus Palmekærnefabrik and Karlshamns.

Kooperativa Förbundet (KF) in Sweden acquired Karlshamns in 1932. The purpose was that KF wanted to use fats with competitive prices in their margarine production. Over the years, KF invested heavily in Karlshamns. In 1965, the margarine and ice cream factory was inaugurated, and a research laboratory was built. The laboratory and the focus on R&D attracted well-educated people to the creative atmosphere at Karlshamns.

In the 1970s, Karlshamns made an important strategic venture as it began to export speciality fats to chocolate manufacturers. An organization for product development and international sales was created. In 2001, Melker Schörling acquired the shares held by KF, thereby becoming Karlshamns’ largest shareholder.

Aarhus United and Karlshamns merged in 2005 and became AarhusKarlshamn, AAK. Through the merger, the two strong organizations would complete each other and find synergies between their markets, offers, and production capabilities. Today, AAK is one global company, world-leading in customized and sustainable vegetable oils and fats solutions.

Get to know us further

We live our values

We believe in taking responsibility for our financial growth, our employees, the communities in which we operate, and the planet as a whole. 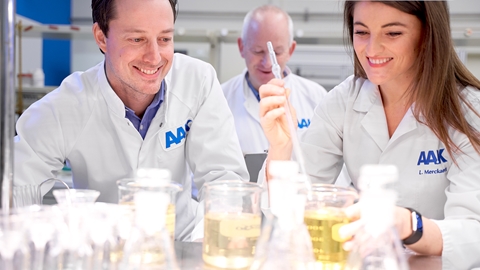 AAK is a leading provider of value-adding vegetable oils and fats. Through our Co-Development approach we work together with you to create tailored solutions that fulfil your specific needs. 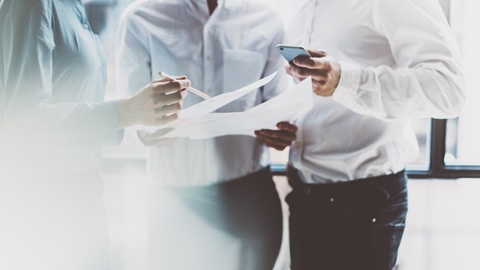 We provide value-adding vegetable oil solutions to a wide range of industries. Discover how AAK can improve your offer—and create lasting business value.