with a unique history

The shea kernel, not very well-known to most people, is only about two and a half centimeters in diameter. But what it lacks in size it makes up in oil concentration – and a unique history.

The shea tree is a wild tree growing in an area called “the shea belt” across Africa south of the Sahara. Countries with the highest population of shea trees, which are indigenous to Africa, include Benin, Burkina Faso, Ghana, Ivory Coast, Mali, and Togo.

Shea is a very sustainable crop, since the wild trees on which the shea kernels grow require no use of fertilizers or pesticides. The shea trees do not grow in plantations, partly because of the very long maturity period. However, the trees are allowed to grow in the crop fields in a farming system called agroforestry. This farming system has existed for centuries and has proven to be very sustainable.

For food and income

Traditionally, it is the women who collect and process the shea kernels. The edible fruits fall from the trees in a period when there are nearly no crops being harvested, which makes shea an essential nutrition source. Part of the shea crop is also sold by the women. This provides an important source of income to the women’s families. The women not only spend the money to alleviate poverty and hunger, they also invest in their children’s education and other income-generating activities.

AAK has more than 60 years of experience sourcing shea kernels from West Africa. Working in close cooperation with shea traders and women’s groups, AAK has built a solid and durable sourcing set-up across the shea production areas as well as logistical hubs in the coastal areas.

In 2011, we were one of the founding members of The Global Shea Alliance, which is a multi-stakeholder, non-profit organization. Today, the organization has more than 450 members from more than 30 different countries. The purpose of the alliance is to drive a competitive and sustainable shea industry worldwide, improving the livelihoods of rural African women and their communities. More information can be found at the Global Shea Alliance web site.

In 2009, AAK initiated a project of further enhancing responsible sourcing of shea kernels in Burkina Faso. The initial project was designed as a win-win concept between the women collecting the shea kernels and AAK. It was called Kolo Nafaso, meaning “the house of benefits of shea kernels”. The project grew bigger and became a program and an integrated way of doing business for AAK. The program focuses on support, interest-free micro credits, training, and trading directly with the women collecting shea kernels. Deemed a success in Burkina Faso, a similar program was set up in Ghana in 2015, showing a commitment to continue to grow the program and it’s impacts. In 2019, the Ghana program has experienced tremendous growth, now engaging more than 100,000 women.

Increasing opportunities in a sustainable way

The number of women being enrolled in the Kolo Nafaso program has grown gradually over the years. More than 230,000 women are now part of the Kolo Nafaso family and there are still many who would like to join the program. However, the number of women is not a criterion in itself. As a responsible company we ensure that we grow gradually and maintain the quality at the same time. We continue to create and increase job opportunities for more people, both outside and within our organization—in a sustainable way. 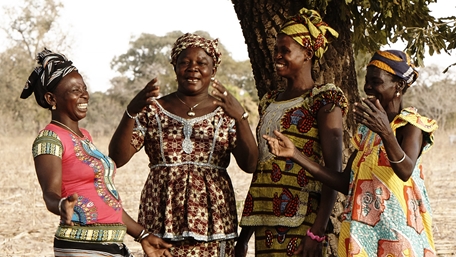 Sustainable growth is the key objective of our strategy. For us, it is about our responsibility towards all of our key stakeholders—the local communities where we operate, our customers, our employees, our investors, and our suppliers.

More about our responsible sourcing 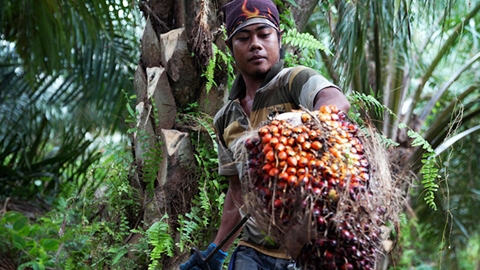 Globally, palm oil is the most produced and consumed vegetable oil, accounting for 30 percent of the world’s vegetable oil production. Find out how AAK supports the move towards full sustainability in the palm oil industry. 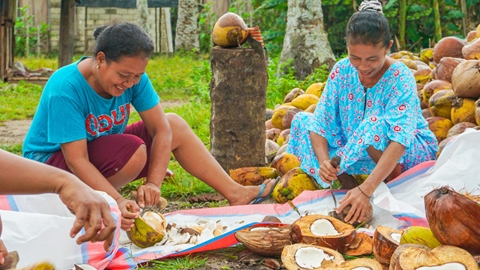 Coconut-growing countries in Asia-Pacific rely on the sale of coconut products as export income. Find out more regarding AAK’s coconut supply chain here. 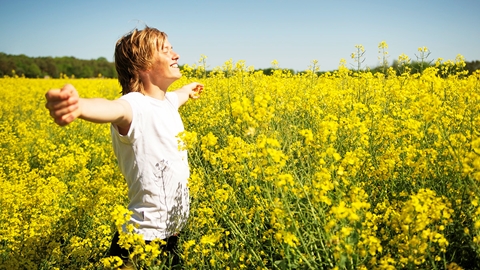 Rapeseed oil is one of the most important vegetable oils used in food as well as biodiesel. Today, rapeseed is the oil plant of Northern Europe and a key raw material for AAK.